It's the last week of October.  There's spirits in the air and not long until Halloween, but there's still time enough for a look at some more of the spooky stuff lurking in the dark corners of my comic book collection!
This year, I've departed a bit from the bargain bin to spotlight some of the NEW horror to be found in your local comic shop.  Nothing older than 2019.  So far it's been a pretty good haul of Halloween goodies!  I'm really liking this new resurgence of horror comics we're experiencing right now.
So let's keep the party going with a bit of gothic horror, shall we?
We shall! 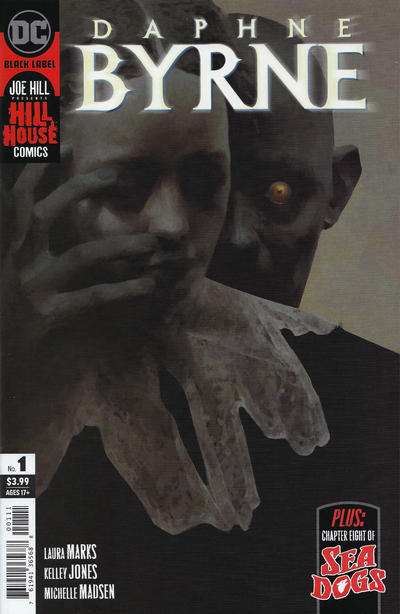 CHAPTER ONE - CHOSEN
SCRIPT: Laura Marks
PENCILS: Kelley Jones
INKS: Kelley Jones
COVER: Piotr Jablonski
THE COVER:
I like the drab, sort of grim nature of this cover.  It's detailed enough that it looks almost like a creepy old time photograph.  It certainly advertises the gothic horror this series well, but honestly, there's not much here to grab attention beyond the tiny splash of color in the staring eye of the supernatural being in the background.  Not a bad cover, but I wouldn't call it great either.  Let's get inside!
THE STORY:
In 19th century New York City, Daphne Byrne is fourteen years old and having trouble fitting in with the other girls at school, being of a scientific mind and also dealing with the recent death of her beloved father.
A supernatural chain of events is set into motion after being invited by her mother to a seance, attempting to contact the spirit of the deceased patriarch of the Byrne family.  During the seance, Daphne uses trick questions to prove that the medium is a fake, upsetting her mother.
Despite the fakery of the medium, Daphne did indeed feel a supernatural presence, which later manifests itself as a horrific nightmare where she is led into a realm of demonic beings by a spirit claiming to be her friend.  When Daphne wakes up, she is certain that it wasn't just a dream!
To be continued. . .
THE REVIEW:
This introduction to this tale of gothic horror and the supernatural is a fantastic start!  It features well-drawn characters slowly being pulled into a world of darkness and it immediately captured my imagination like a good horror story should.   The whole setup is intriguing and leaves me wanting to jump right into the next issue to see what happens next.
The faded Victorian setting is as much a character as any other, and provides the perfect background for this grim tale. . .the world of an industrial revolution sharing the human stage with a prevalent belief in spiritualism and mystic forces is an inspired choice of setting.
As far as the art goes. . .
In my extremely humble opinion, Kelley Jones is a living legend when it comes to comic horror art.  I haven't seen much of his work lately, so it was a VERY nice surprise to see that he's still out there doing what he does best.  I'm a little iffy on most of Jones' non-horror work (the man CANNOT draw automobiles), but when it comes to a story like this, he was the perfect choice of artist.  His dark and nightmarish art style beautifully compliments the gothic grimness of the narrative. 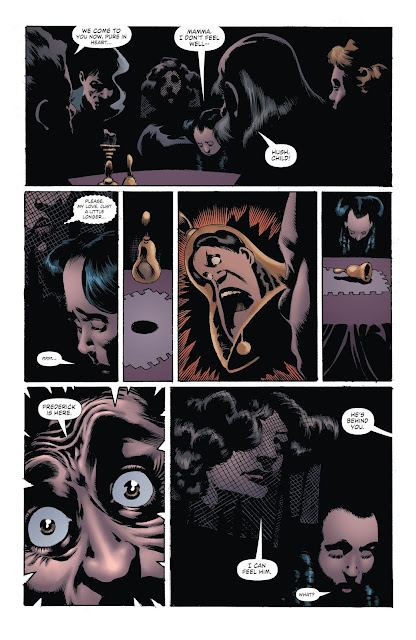 DC's Black Label serves up another horror hit!  With well-written characters inhabiting a world on the edge of conflict between the industrial revolution and belief in the paranormal, this gaslight gothic tale of the supernatural is a great Halloween read!
Throw in the twisted, nightmarish art of comic horror master Kelley Jones and this is a comic I can heartily recommend to any horror fan!  From page one to page done, this one's a winner!
Up Next. . .
It's probably THE hottest horror title on the shelves right now.  The "value" of the first handful of issues has gone through the roof, so this one ain't exactly what you'd call Longbox Junk.  I'm talking about BOOM! Studios' horror hit "Something is Killing the Children".
Let's take a look at the first issue and see if it lives up to the hype.
Be there or be square!
- read more
1 2 3 4 5 6...33 Previous >>