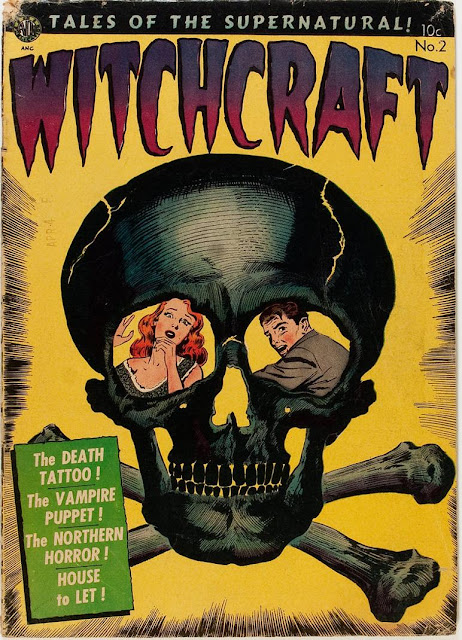 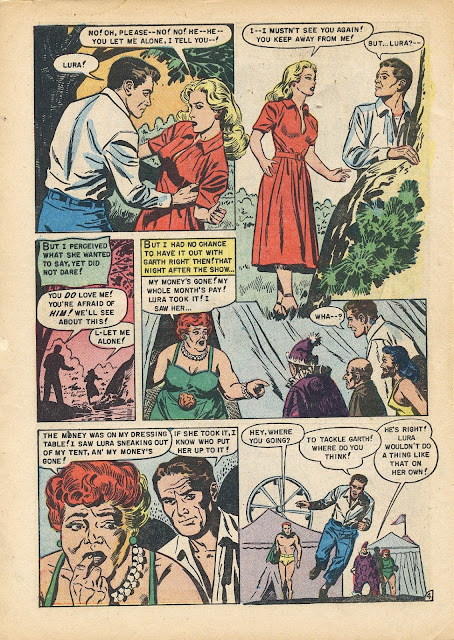 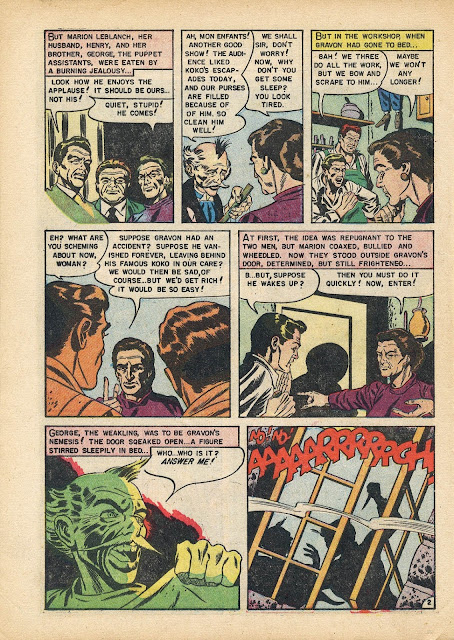 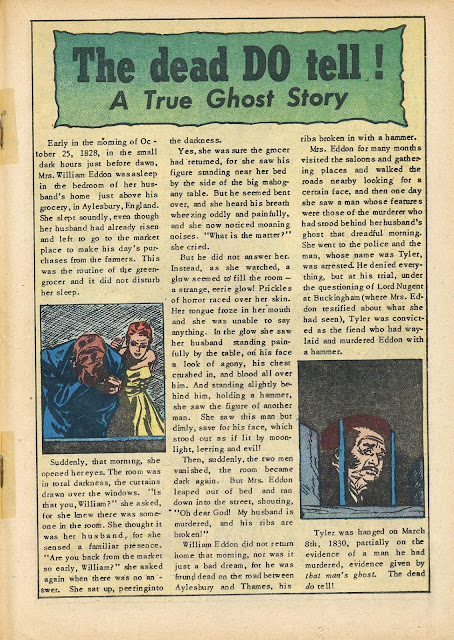 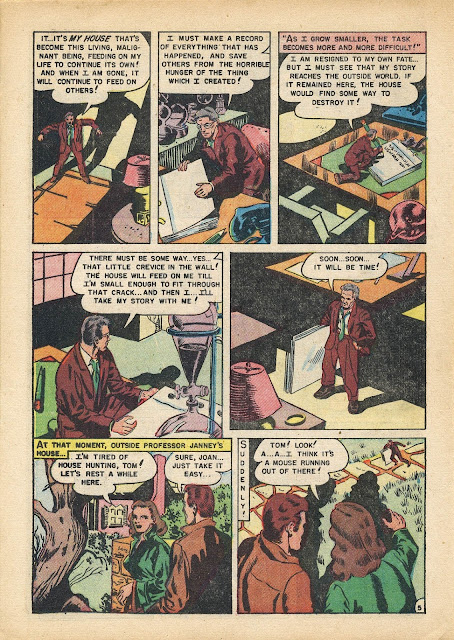 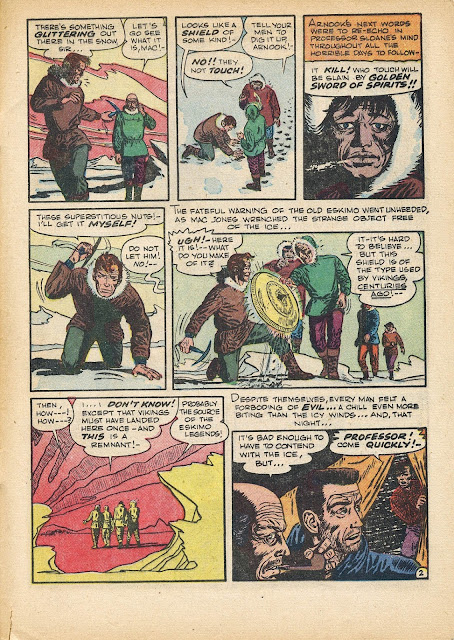 Not bad.  Not bad at all!  Not great, mind you, but still a very readable comic even after 68 years!  The stories all have minor problems, but nothing big enough to call any of them bad.  The art is mostly the best part of the stories (with the exception of the final story, and even there it's not too bad), with a great, darkly-inked Golden Age style that does most of the heavy lifting in this issue, bringing "okay" stories up a notch.
If I have one gripe with this comic is that there's no Witchcraft in it!  The series is called "Witchcraft", where's the witches and their craft?  Instead of Witchcraft, we get a handful of decent "Supernatural Suspense" stories with nary a witch to be found!
Lack of witchery aside, I liked this comic.  I'd definitely recommend it for anyone interested in some very nice Golden Age artwork backing up some pretty good suspense stories under a great eye-catcher of a cover.
Unfortunately, it seems that only the first story has been reprinted (in a 2006 collection of Golden Age stories called "Chamber of Mystery") and this issue is surprisingly pricey for an original in good condition.  I discovered that even in the somewhat rough shape mine is in, the forty bucks I spent was actually a very sweet deal indeed.
Up Next. . .
The Longbox Junk Halloween party ain't over yet!  Not even close.
How about heading back to 1977 for a look at Marvel's take on a classic tale of terror?  I'm talking about  Edgar Allan Poe's The Pit and The Pendulum (and two other stories)!
Be there or be square!
- read more
1 2 3 4 5 6...33 Previous >>