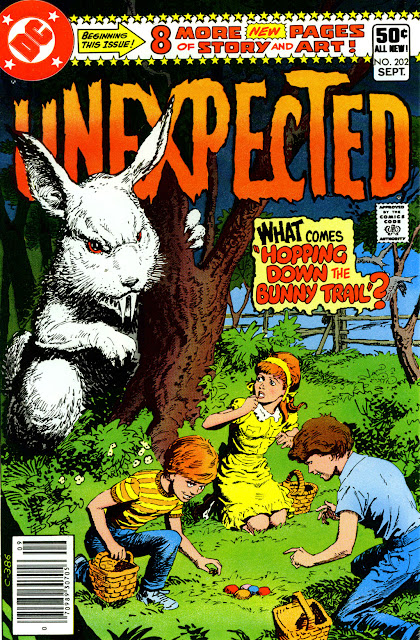 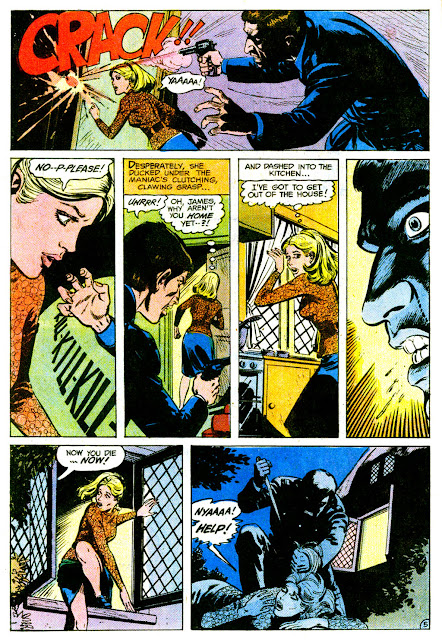 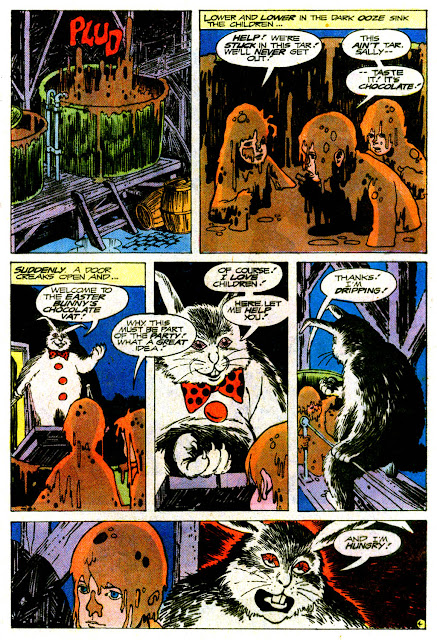 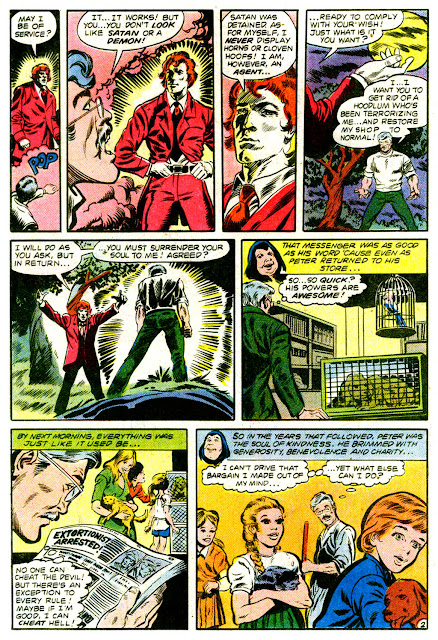 Overall, I'd have to say that this was a pretty good comic.  At the time it was published, the comic horror anthologies were well on their way out the door.  This issue still has a nice little spark of life to it that I liked a lot.  Generally-speaking, the stories were all pretty good and nicely-illustrated.
The Michael Uslan killer Easter Bunny story is the definite star here, just for its complete randomness and for seeming like something that was sort of sneaked in under the radar.  The final story has the best art, but the worst story.  The other two are just sort of "pretty good", but everything in this comic displays little glints of gold here and there in single panels of art or lines of dialogue.
This is a comic that I absolutely love for the cover.  That said, what's inside isn't bad at all.  If you spot this one for a decent price (as in five bucks or less) then definitely pick it up and enjoy a strange little nugget of Longbox Junk gold.
Up Next. . .
Halloween ain't over until the 31st!
So there's still a little more Longbox Junk Halloween fun to come.
Be there or be square!
- read more
1 2 3 4 5 6...33 Previous >>