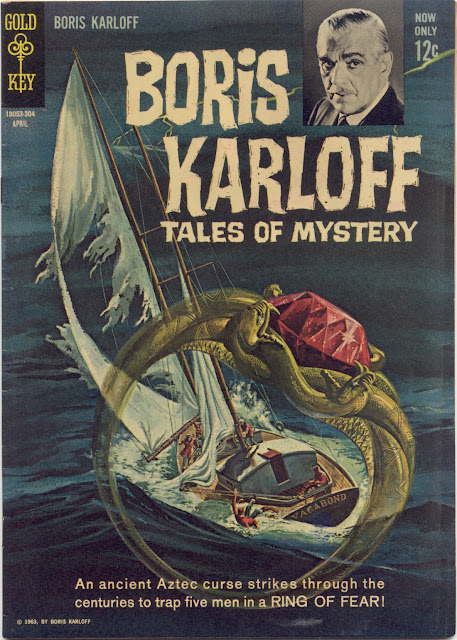 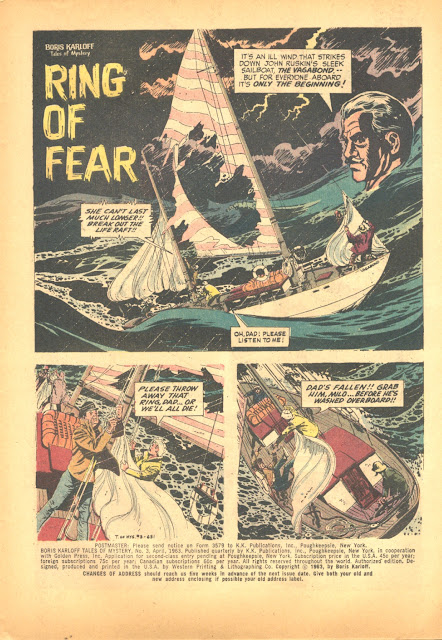 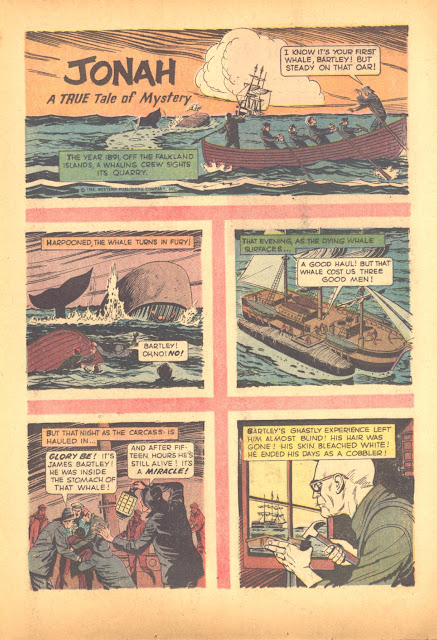 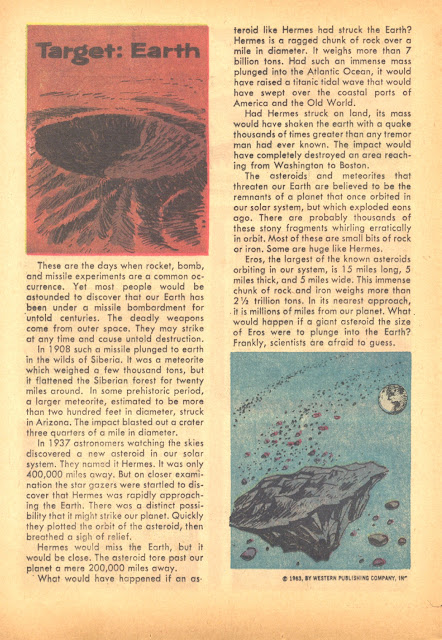 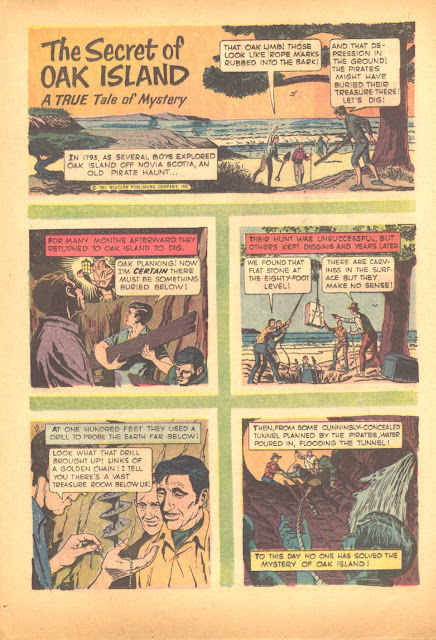 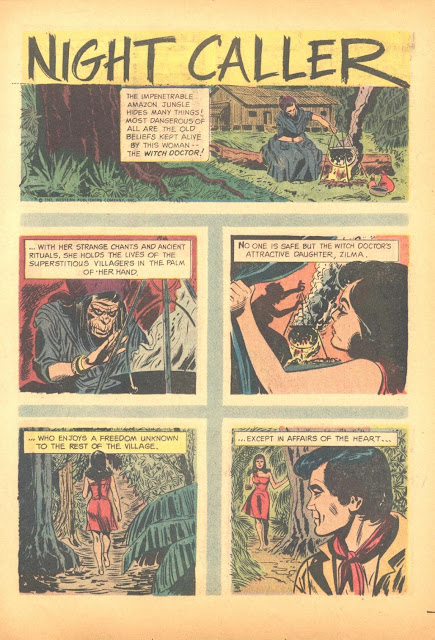 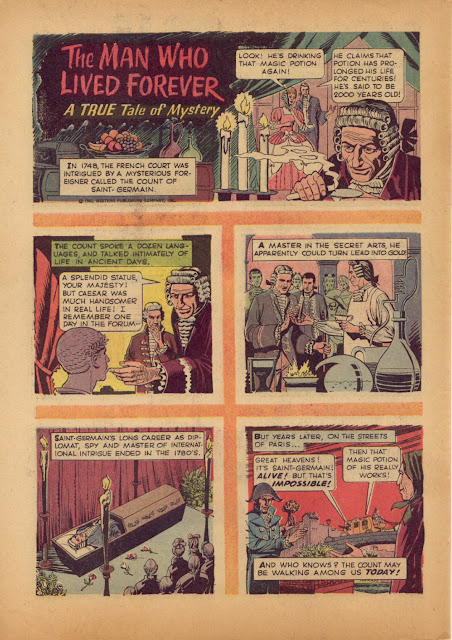 First, I realize this isn't a "Horror" comic at all.  I didn't know that coming in.  Since Boris Karloff was such an influential figure in the horror genre, I assumed that a Boris Karloff comic would be a horror comic.  It's actually more of a "Suspense" comic in the vein of Twilight Zone.
Does that make it a BAD comic?  Not really.  It's not a great comic by any means, but it has a very nice signature Gold Key painted cover, a really good opening story, and a couple of somewhat interesting features.  Unfortunately, the second story isn't very good, which basically puts about half the comic under the bar.
Good taken with bad, I'd have to say this comic is still pretty good and worth picking up if you come across it for a decent price.  It's not something I'd really recommend putting effort into hunting down, but I'd also say not to pass it by if you happen to see it.
Up Next. . .
I'm fillin' your pumpkin bucket as full of Halloween Longbox Junk as I can.
Be there or be square!
- read more
1 2 3 4 5 6...33 Previous >>