It Came From the Reading Pile Reviews #7

Check out pictures of my Skottie Young Haul - Click HERE. 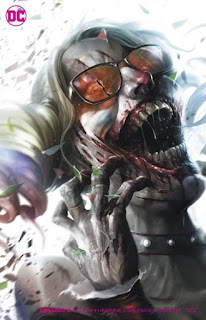 Millions are dying every minute - heroes and villains are powerless against the virus that has taken over the world. Humanity is lost and the goal shifts towards survival.

In this issue we finally find out what happens when Flash and Superman come head to head at full speed. Difficult decisions are made and we lose some legendary heroes.

There are some unlikely partnerships between villains and heroes which also makes the story very exciting.

If you love zombie survival books mixed in with superheroes then this is the series for you. All books seem affordable and the variant covers have been great. 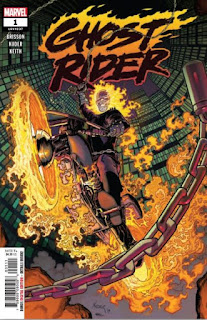 Johnny Blaze is the king of !

The demons of are not happy and start jumping ship and venturing into Earth. Johnny has to clean up the mess and ventures into earth to bring everyone back.

In parallel, we see a miserable Danny Ketch who is not happy that he is also a Ghost Rider. He senses the rampaging demons in the City and decided to help Johnny kick some ghoul !

While Johnny is away the lords of will play! A takeover is coming so a lot happening in this issue.

A decent comic book that Ghost Rider fans should enjoy. A good jumping on point for new readers  but nothing special or memorable. 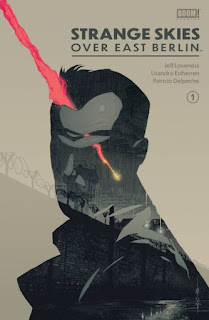 This comic throws the reader right into the middle of the Cold War as we see Herring, our main character, trying to smuggle people over the Berlin Wall.

During the attempt, we are witness to a huge meteor type event that creates mass hysteria throughout the intelligence and spy community.

Herring is quickly sent to investigate and infiltrate the enemy. He is able to locate a new weapon being utilized by the Soviets that could change the tides of the Cold War.

What he truly discovers is that no one is truly in control.

Great concept and execution. For those that enjoy a good spy story this is certainly worth checking out. Can still be purchased at cover price. 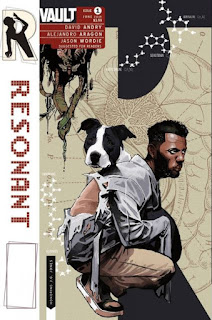 The world has come to the end and the survivors have to deal with the threat of 'Waves'.

Tucked away in the woods we are introduced to Paxton and his children. Paxton has to leave his oasis and find medicine for his youngest son. With the family separated trouble ensues as Paxton finds challenges on the road and his young children try to cope with being alone.

During the separation, we encounter a wave which seems to impact an individuals mind. To what extent we don't really know.

Have been really impressed with the Vault lineup and this is another strong addition. The variant covers have all been great. Check this out if you enjoy end of the world stories. 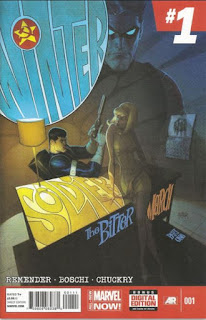 This is a little older and came out initially in 2014.

Seems like we have a Cold War/Spy theme in this posting. Nick Fury and agent Ran Shen are sent to on a mission to collect two scientists from the clutches of Hydra.

Agent Shen and Furry infiltrate a Hydra party. During the party Agent Shen is able to befriend a very attractive lady that turns out to have the ability to infiltrate you with worms!! It sounds gross but is actually a very cool twist to a very witty and funny book.

The agents are able to save the scientist but in the process they unleash the wrath of the Winter Soldier.

Great overall package and worth the price. If you are lucky try for the entire mini series as it has a great team of creators.