It Came From the Reading Pile Reviews #4

Check out My Grading Experiment at: https://mycomicstack.blogspot.com/ 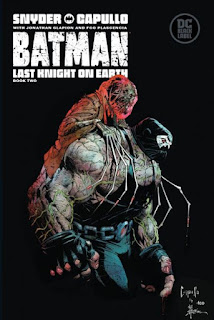 The world has ended, everything has been destroyed, and more importantly the heroes have lost.

After some asylum banter the story really starts with Batman waking up in a desert realizing that things are not quite right.

He is joined by non other than Joker - more precisely Joker's head in a lantern. The unlikely pair start to cross the desert in search of answers and Gotham City - along the way they cross paths with old allies and enemies such as Wonder Woman, Superman, Flash, Bane, Alfred, Court Of Owls, and a mysterious entity called Omega.

Worth reading if you enjoy this subject matter and like to see your heroes in different settings. Good overall value. 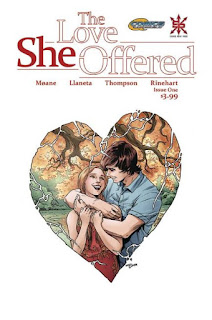 What's It About: (Spoilers)

A young girl has been murdered and her boyfriend is kidnapped by her father and uncle as they think he is responsible.

Just like the last book, this seems to cover very familiar territory- as I read this I kept thinking of the Hugh Jackman Prisoners movie.

This is a #1 issue so it sets up the plot of the series and ends with a decent cliff hanger. You don't really know who is telling the truth, who is the 'good guy' and where the story is headed - all of this is great and suspenseful.

Good package and I like to support independent publishers. Worth checking out but may need to wait for issue #1 to cool down as it is selling for several times over cover price. 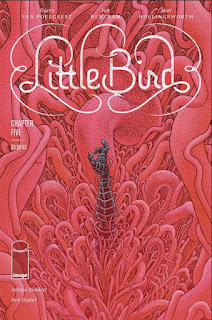 The conclusion to this epic story about a young resistance fighter learning about her past and battling against an oppressive government.

In the finale we see Little Bird taking care of business and liberating others like herself from the Bishop. I think other's have written about this book, but this was by far one of my favorite reads of the year and I can't believe I let this sit around before getting to it.

Read this book it is awesome, makes you think, and the art is fantastic. One of the best of the year. 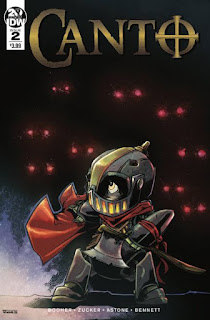 A very cool fairy tale story of a race of little robots/cuties that have been slaved and their hearts have been stolen and replaced by clocks. They are not allowed to love, not allowed to have names, and when their clock stops they die.

One day, the love interest of Canto (Oooooh, not supposed to have a name) is harmed by the slavers and her clock is badly damaged. Canto can't stand by and watch her die so he escapes in order to find a hermit that may assist him in locating their hearts and potentially liberating his people. Along the way he starts to encounter different challenges and joins forces with an unlikely ally.

Great little title that you can share with a wide range of audience. 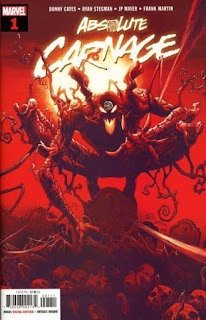 Carnage is back and is hunting down anyone that has ever bonded with a symbiote - enter Eddie Brock.

Eddie and Dylan Brock are on the run and are ambushed by Carnage in the subway - an awesome battle ensues and they are barely able to escape. They turn to Spider-Man for help and the pair seek a way to extract the Symbiote codex without killing the subject.

This leads the pair to join forces with the Reed Richards from another dimension to build the extracting machine. This partnership leads the group to Norman Osborn and finally a huge showdown with Carnage. It is chaotic, fantastic, and all out insane.

Venom has been on an epic ride for the last couple of years. This cross-over does not disappoint and is a wild and fun summer ride. 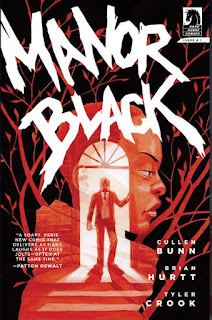 The head of a family of sorcerers is looking to make a change in leadership and his children are angling to take over.

The book starts with a gruesome car accident caused by a strange figure in the middle of the road - the accident leaves a lot of creepy clues for the local police. We then cut to Manor Black where we start to learn about the family and internal power struggle.

We have spontaneous combustion, sorcerers playing with blood, ghosts, and a young lady being hunted down by a group of ghoulish figures. It has it all!

If you like horror books check this one out as there is some good mystery. It did not grab my attention so I will probably not be around for additional issues. 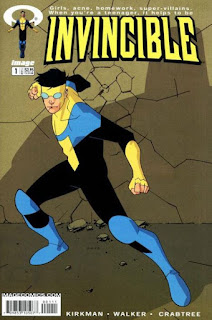 Caveat: Sydney is now finishing up a marathon of Invincible. She started high-school but is working to finish Compendium 3.