It Came From the Reading Pile Reviews #2

This is a regular post where I grab a bunch of comics from my reading stack and rave and rant about them. This is also a labor of love for my daughter and I - to not only share a common interest but to also encourage her to read and write - check out Syd's pick below. So here it goes and we welcome any feedback or improvements you may have. Hope you enjoy. 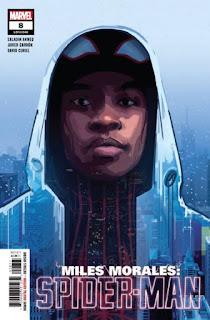 Spoilers ahead - The Miles Morales run has been very enjoyable with great art and villains and this issue is no exception. A couple of issues ago we were introduced to a promising new villain/ally in Starling - this issue we get the Assesor. The book has a great creepy factor with art and atmosphere really working together.

Miles has been taken and is being put through various trials such as fighting robots (strength test) and climbing (agility test). We learn that Miles is not expected to survive these tests.

The book ends with Miles trying to escape only to find that it was also a trial and this creates a great cliffhanger for the reader.

The art and writing are both great and a lot of credit should be given to the creative team for delivering very solid new characters. 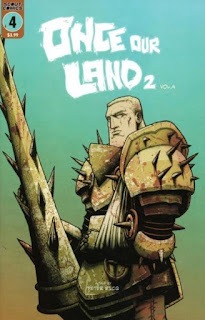 This second series takes place in an 1830's alternative Germany where creatures have taken over and salt is the main commodity and weapon. I always find that weird, if the monsters don't like salt, then you go live in an island and they can't get you!

I was a little lost reading this 4 issue series not having read the first volume - however, the characters were very likable, the art was great, and the book mixes sci-fi with historical aspects very well.

This issue was the last of the second volume and contained a huge battle between the good buys, bad buys, and monsters! As a result, it was a very swift moving issue with a lot of great action. I was a little surprised at the book's color pallet which was very dark. The main battle takes place at night so from that aspect it makes sense - but it was hard to see what was going on. I think the beautiful art could have been showcased better with brighter colors.

I liked this series and highly recommend that you pick up the first volume or read it digitally prior to diving into this second volume. 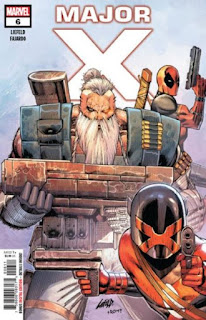 This series is the equivalent of traveling back in time to the 90's. It has been a guilty pleasure for sure. The writing has been bonkers and you know what to expect from the art. There is a bike in the last panel of the book that looks like it was made of Lincoln Logs. And everyone has the Zoolander face.

This finishes the series and the world is saved! This is possibly another hold in your collection as years from now people may want the entire set. 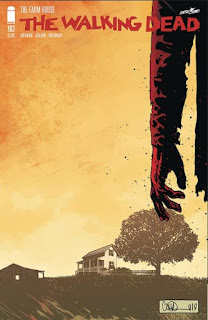 The end of an era. In my opinion this is the most influential modern series. From a speculator standpoint the run of Walking Dead from 1-75 is the most expensive of any current series. Go try and not only find but afford a full set.

I have not been reading the Walking Dead regularly. I read the first 3 Compendiums and then stopped. For some reason I picked this back up at issue 190.

I don't know how I would feel if I was fully vested in the book - but you have to give the creative team a lot of credit for ending the book without anyone really knowing.

This book is great - not only are you getting 80 pages for $3.99. But you get to see a grown up Carl and other characters now living different lives. The story ended in a positive note which was nice and we were even left with a very long reader letter from Kirkman with a little teaser at the end. The book is now selling for $15-$20 but I highly recommend picking this up - even a second printing. 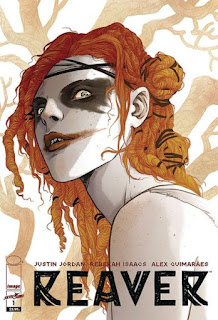 That is one striking cover. This was labeled as being a post Game of Thrones fill in and I kind of agree. You have a long running war, multiple involved parties, some fantasy, violence and gore.

As the story unfolds we meet our group of heroes that are being sent on a possible suicide mission - if they don't make it no big deal as the powers that be will just say they escaped captivity.

Later in the book you are taken to the Anvil which was a creepy location and added more dread to the adventure. I liked this overall and will certainly keep reading for 2 reasons - 1) the setting and fantasy world was cool and 2) the misfit cast of characters was a lot of fun to meet.

I saw this appearing on many hot lists out there so it may be going a little over cover price now. 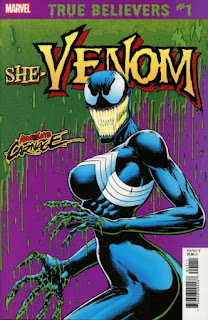 Reprint of Venom: Sinner Take All #3

The comic, True Believer She-Venom, starts out with She-Venom trying to save Eddie from these guys that were beating him up. When you keep reading the story there are a lot of things happening and the storyline keeps jumping around and becomes confusing.

There are some violent parts in this book, such as when She-Venom was eating someone and blood was going everywhere. To be honest the artwork wasn't fabulous but it wasn't terrible either.

I personally have not read any She-Venom books before this one so I didn't understand it very well - but it was fun!

Check out more at https://mycomicstack.blogspot.com/