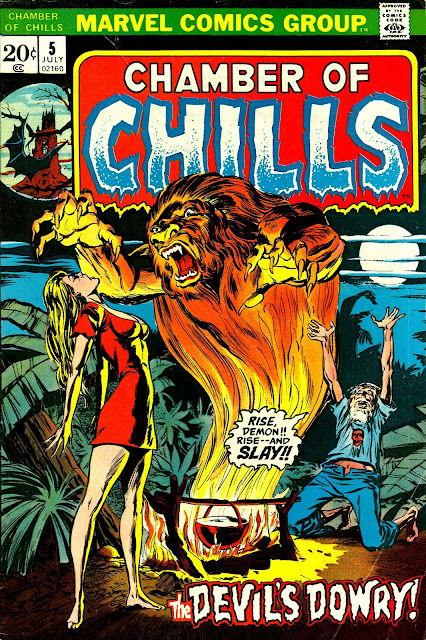 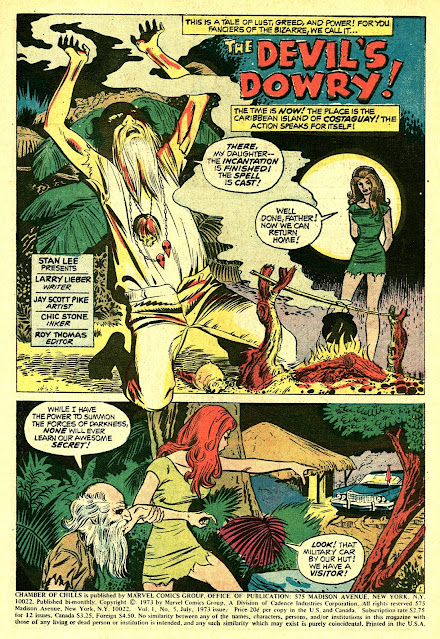 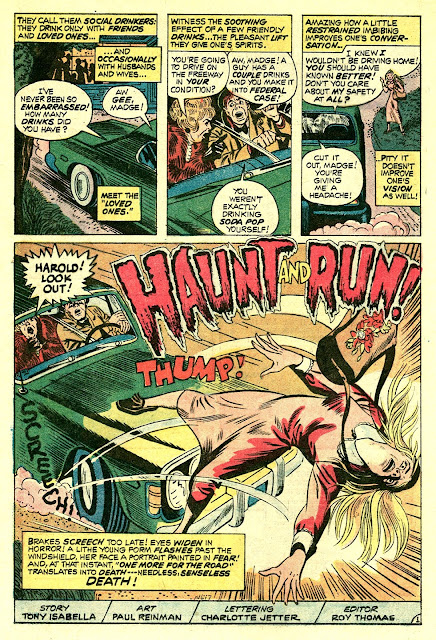 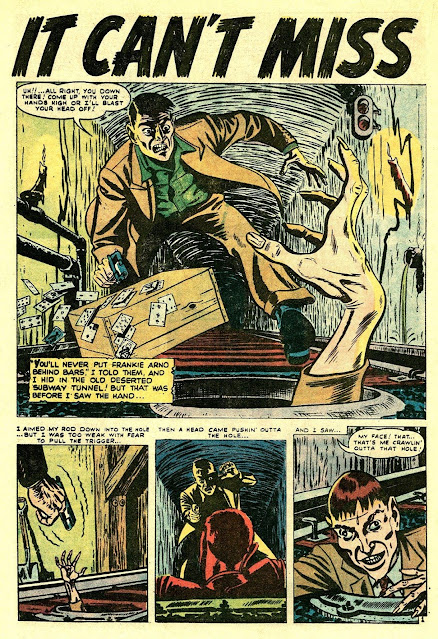 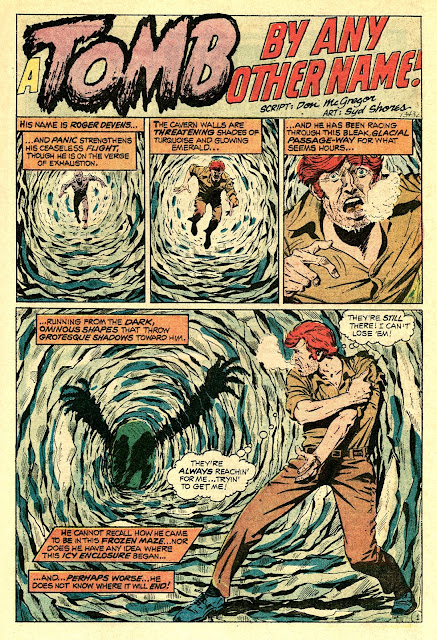 Overall, what we have here is a pretty good comic that has a couple of standout moments. . .Tony Isabella's creepy little twist on the old "Ghostly Hitchhiker" story and the interesting comparison of decades-apart artwork by Jay Scott Pike.
This is a fine example of a comic that is good, but not great.  Riding straight down the middle of the road from cover to cover (except for those couple of interesting standout moments).  I'd say that if you're looking for a pretty good handful of  Twilight Zone-style stories, then keep your eye out for this one in the bargain bins.
Up Next. . .
We're getting close to the end, but it ain't Halloween yet, so the Longbox Junk Halloween Retro Review party keeps going!  Let's take another trip back to the Golden Age, shall we?  We shall!
Atlas Comics' Menace #7 from 1953, featuring Stan Lee wearing the writing hat on all the stories. . .
Be there or be square!