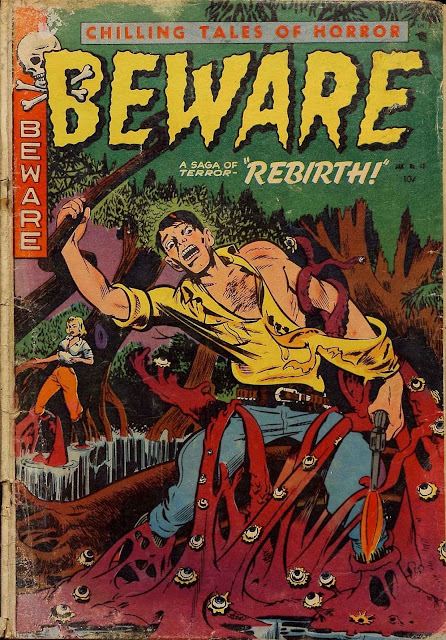 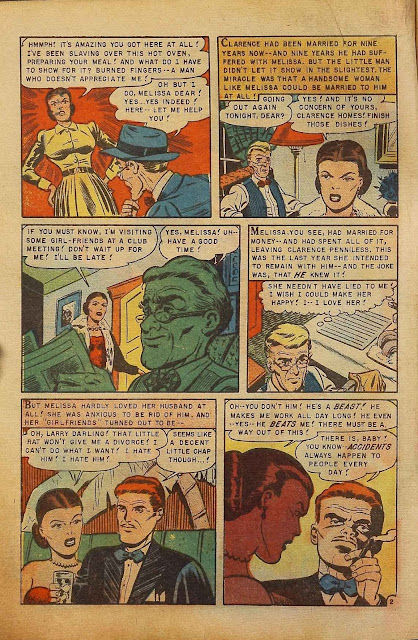 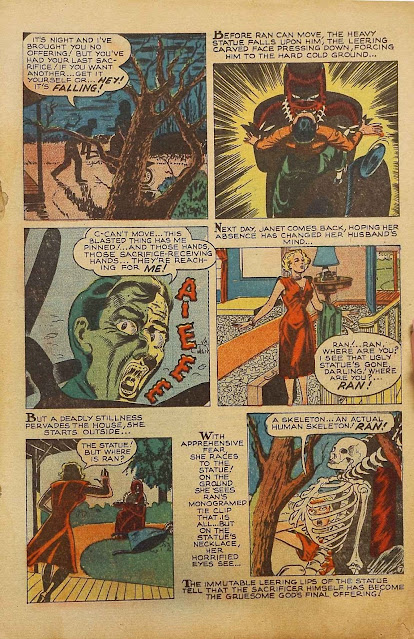 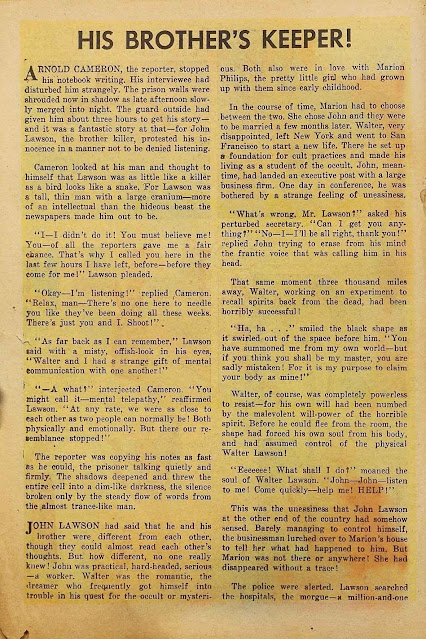 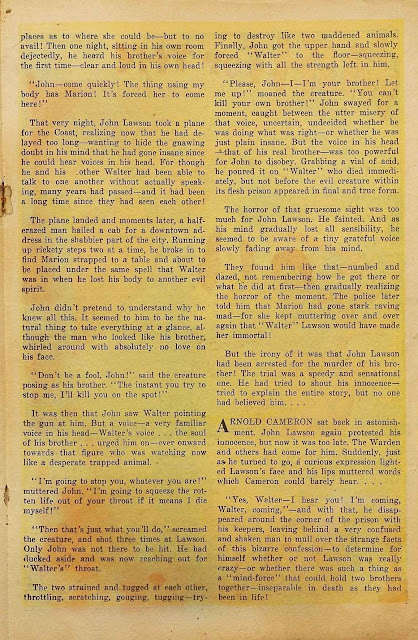 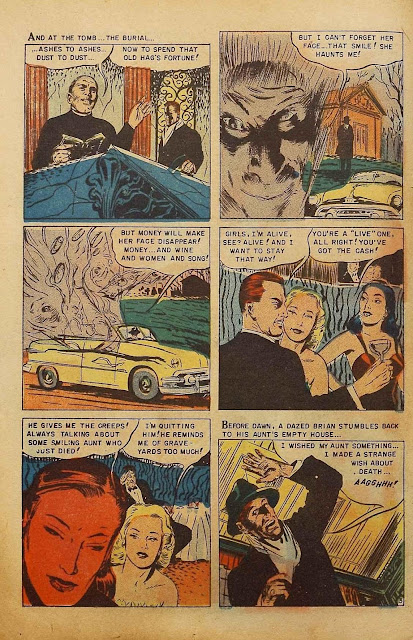 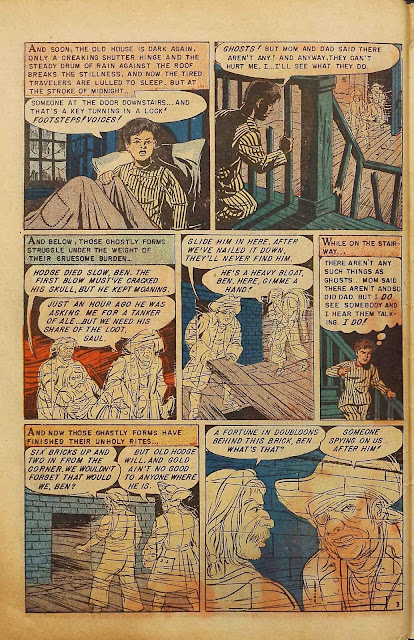 Unfortunately, this comic didn't really live up to the promise of that great cover.  It's basically a collection of stories that are actually pretty decent, but are brought down by some pretty basic and workmanlike art (as well as some sloppy coloring and bad typeset lettering).
It seems strange that a comic with four different artists can turn out to be so average in the art department.  One would think that at least one art style would stand out, but here every one of the artists straddle that straight middle line of being good enough to tell a story, but not good enough to make it any better.
Overall, this comic is a pretty average read.  Almost completely unremarkable or memorable.  It's not a BAD comic, it's just the sort of thing you read and forget about almost as soon as you're done.
This seems to be a pretty pricey comic in good condition, and I'm not sure that great cover is worth paying TOO much for, but I found mine at a flea market for five bucks, so it's out there if you keep your eyes open.  Because it's so utterly average, I'm a bit hesitant recommending this comic to anyone except specific fans of 1950's horror/ suspense comics.
Up Next. . .
You guessed it. . .another Longbox Junk Halloween Retro Review!
Let's jump the paper time machine forward to the Bronze Age for some Marvel Style monster fun with 1974's Monsters Unleashed #10!  It's gonna be Monster-ific!
Be there or be square!