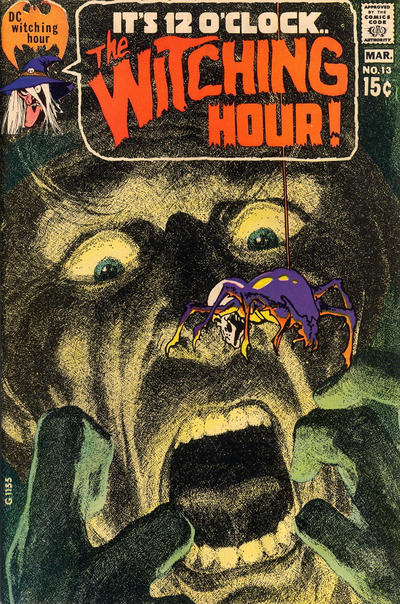 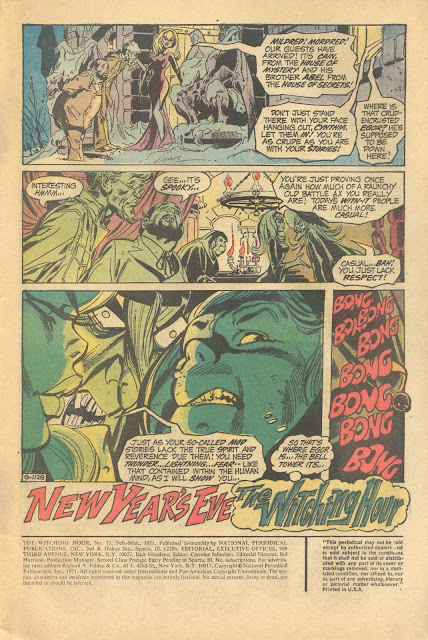 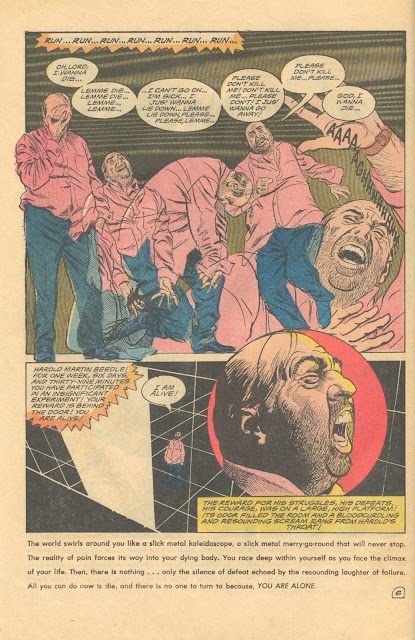 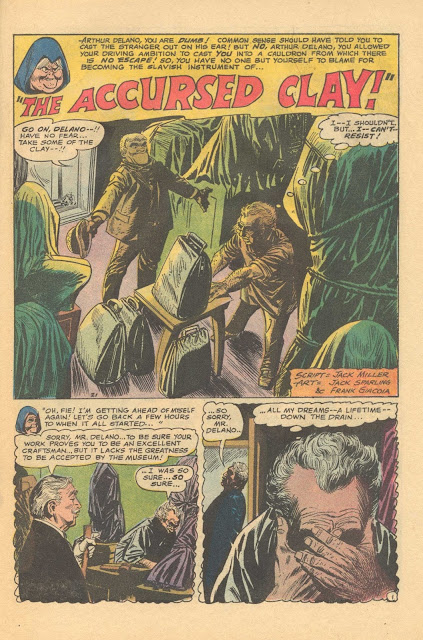 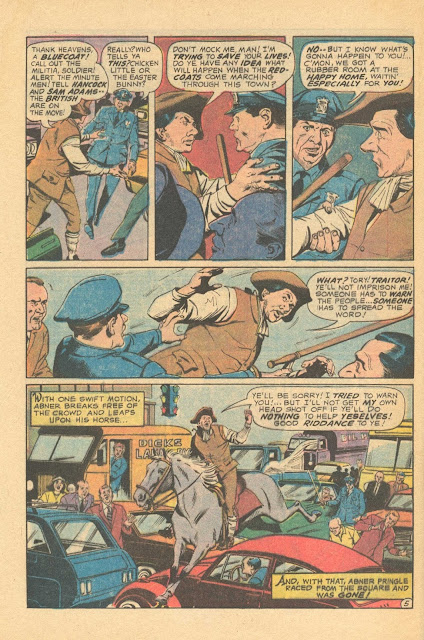 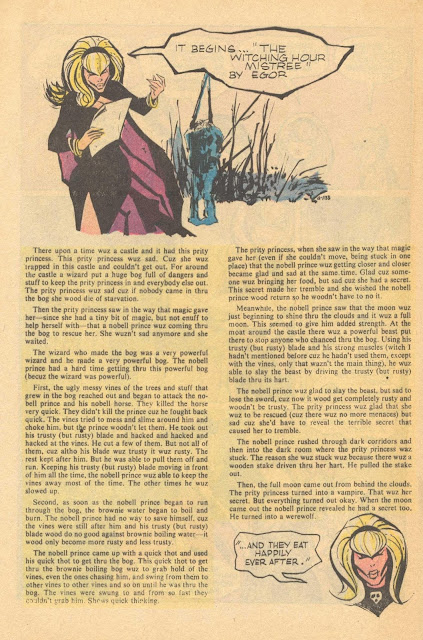 Overall, not a bad little piece of supernatural fun!  Although the final tale is underwhelming and the text space filler story is sort of take it or leave it, the first two offerings here are pretty good stories backed up with some great artwork.
I can certainly recommend this one for anybody wanting some nicely-done Twilight Zone style stories resting under a fantastic Neal Adams cover.  It's a nice little nugget of Longbox Junk gold to keep your eye out for.
Up Next. . .
My comic lovin' daughter HATES crazy Halloween clowns. . .so how about a comic with one of my favorite crazy Halloween clown covers?  It's a Longbox Junk entry that SHE'S probably not going to want to read, but I invite the rest of you to join me for a look at 1980's House of Mystery #285!
Be there or be square!