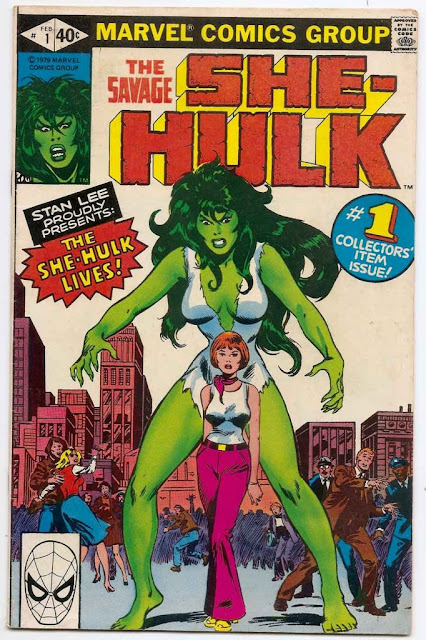 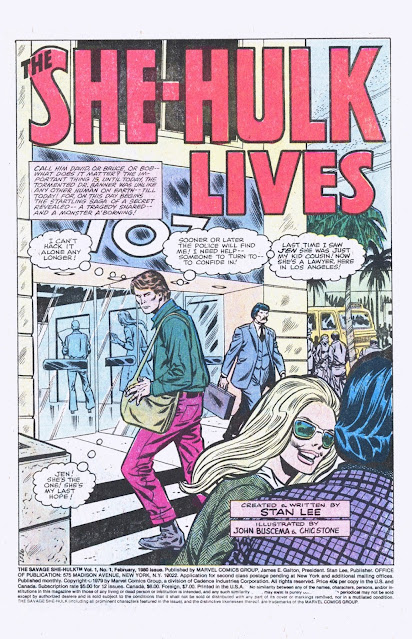 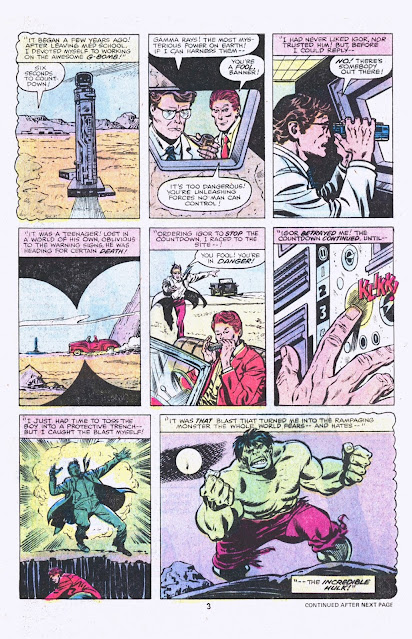 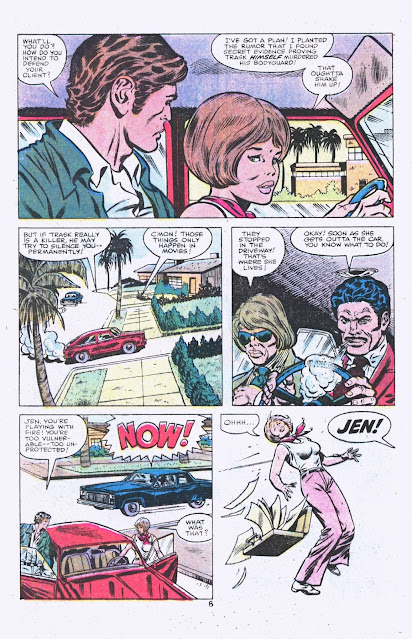 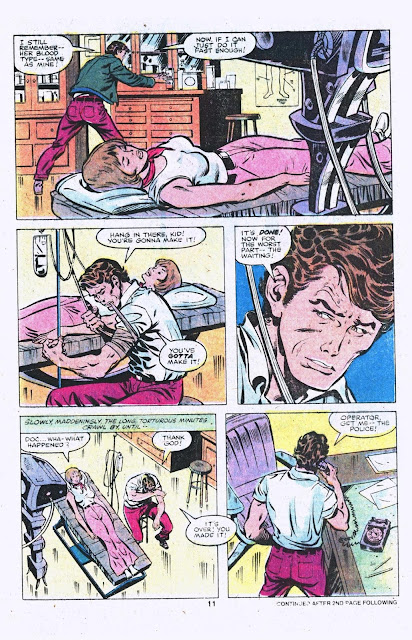 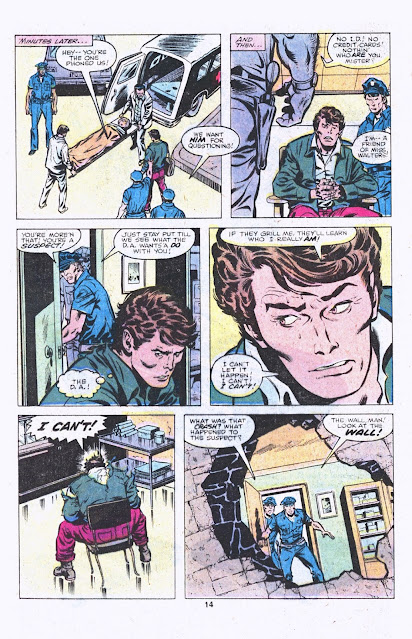 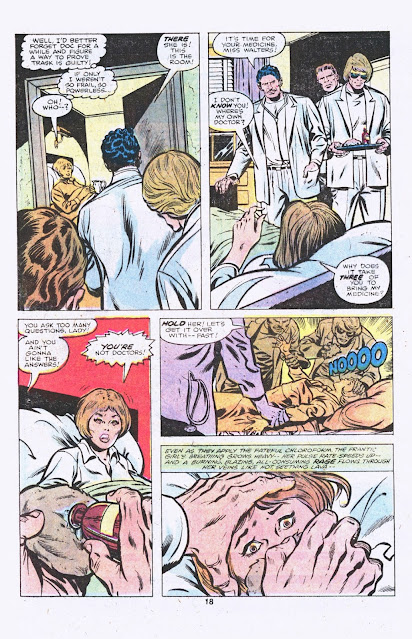 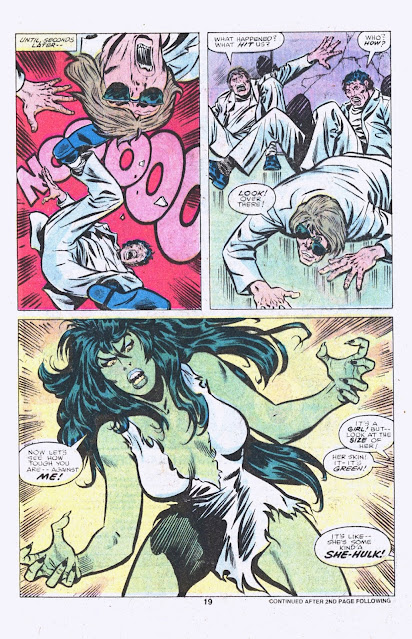 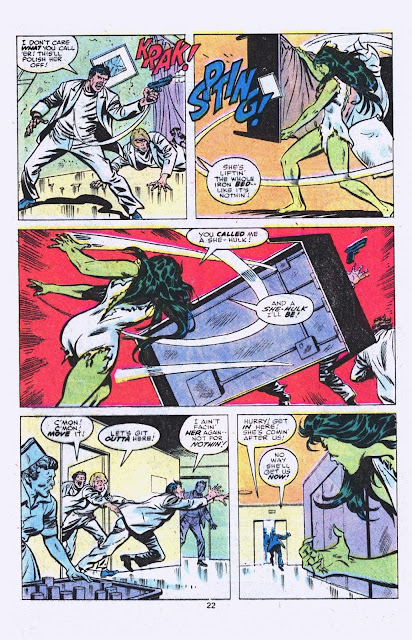 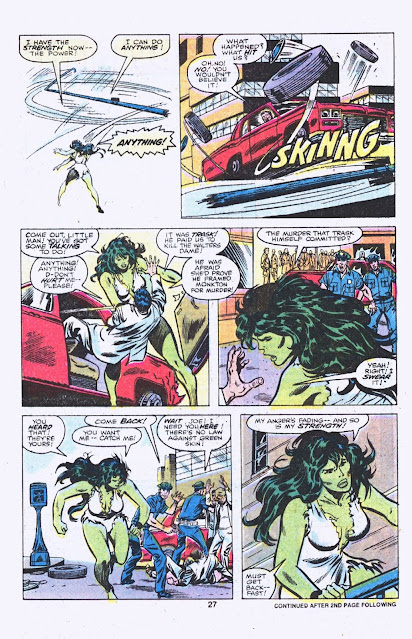 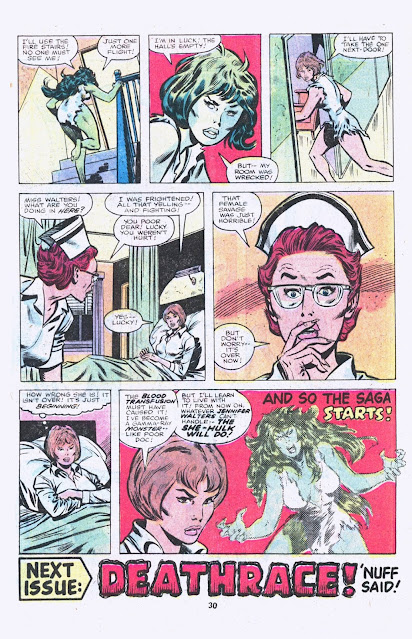 Good taken with bad, this is a pretty good comic book.  It could have been better with a little more time to cook, but it's not bad at all for what it is.  I see that there's going to be a She-Hulk live action series on Disney+ soon, so that will probably bump up the "value" of this comic a bit.  But it's been collected several times and is available on ComiXology, so if you want to check out She-Hulk's origin for yourself you don't have to hit the wallet too hard if you don't want to.

It's time for some October Longbox Junk Halloween Fun!