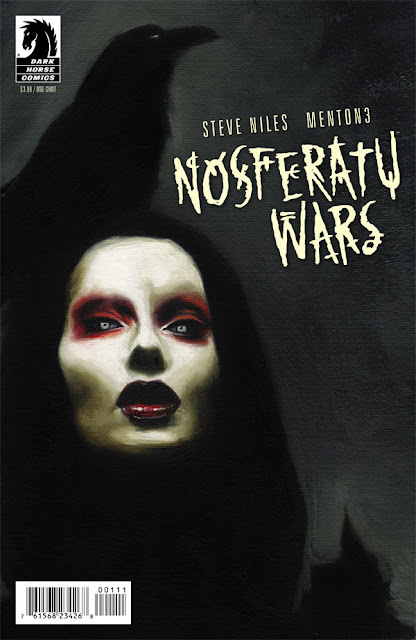 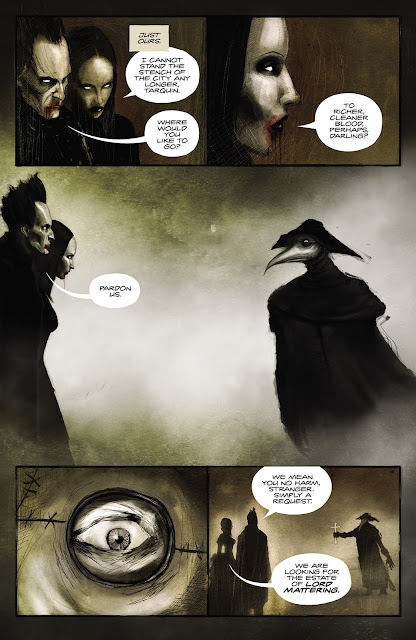 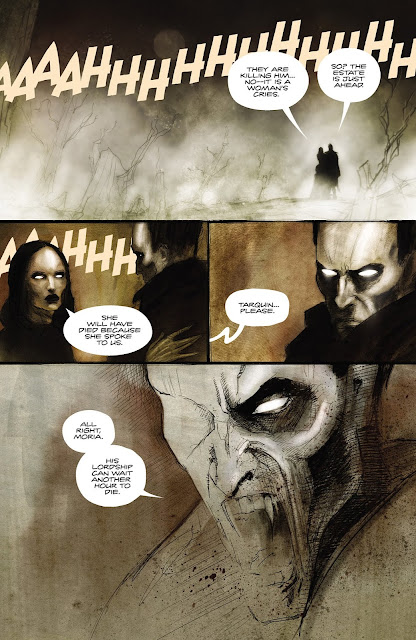 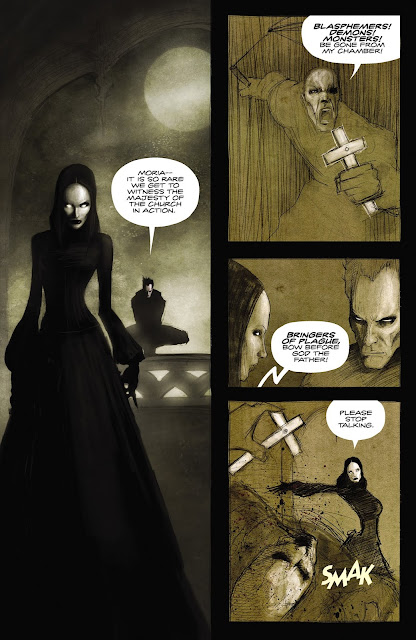 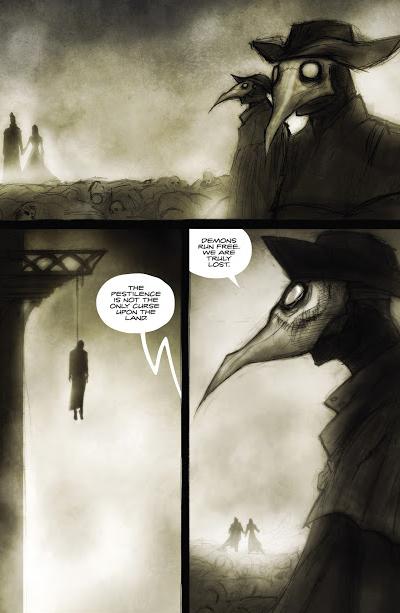 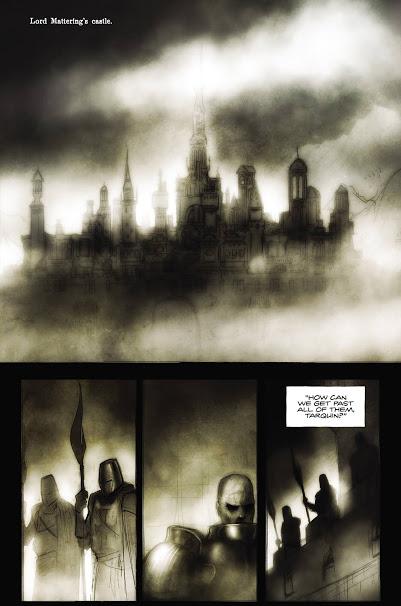 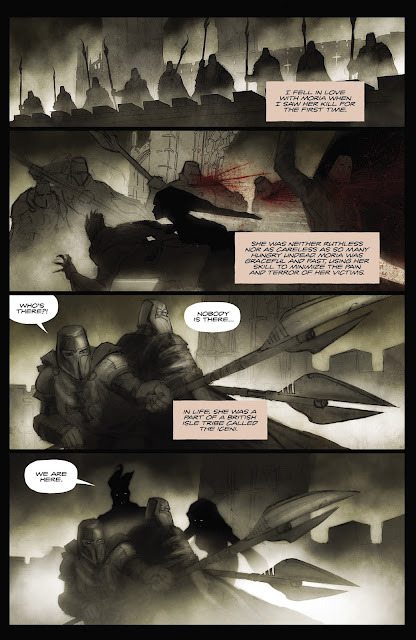 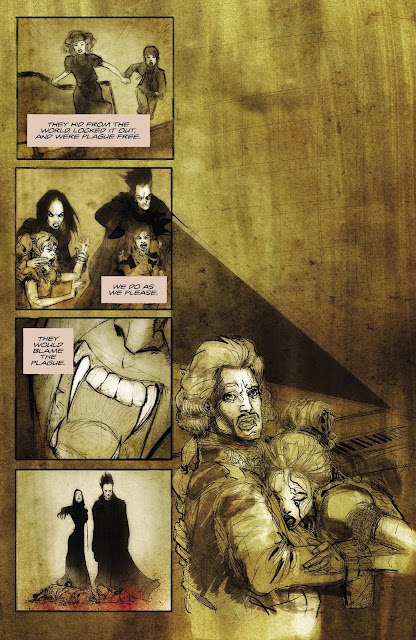 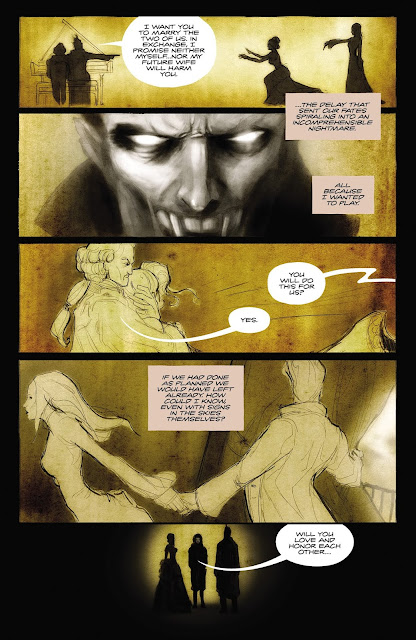 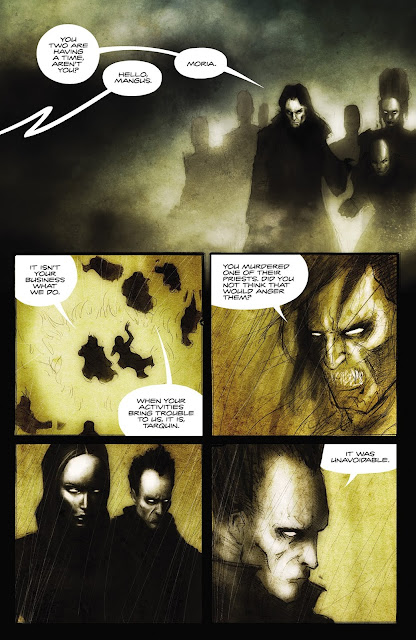 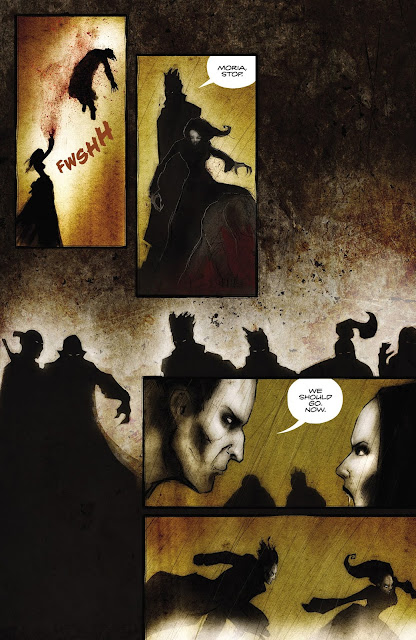 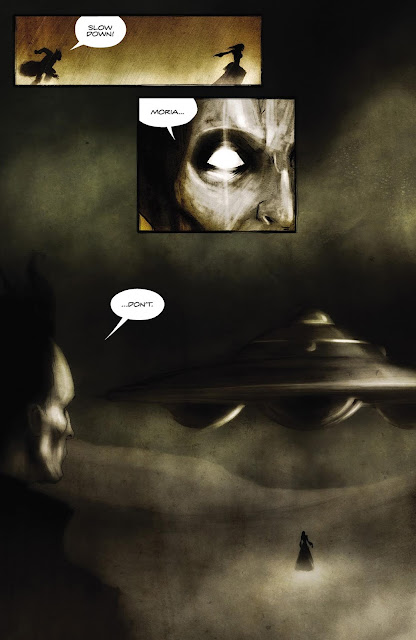 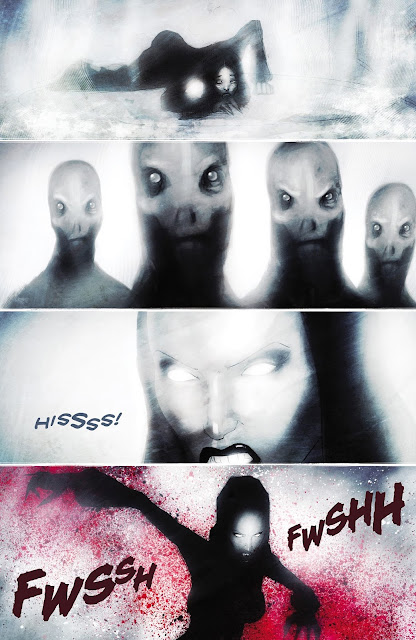 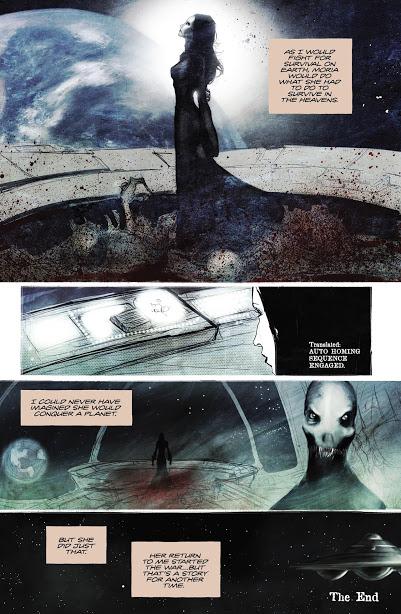 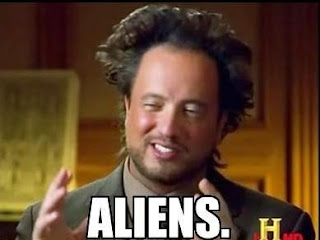 What we have here is a strange little piece of Longbox Junk that is contradictory in many ways.
The setting is amazing, the characters and dialogue are interesting, and there are hints of a larger story to come.  BUT. . .Those hints never pay off, the story is more of a fragmented introduction than a complete story, and the ending is off the hook random craziness that makes you wonder what the just happened.
The art is dark, dreamlike, and perfectly matches the grim and weary setting.  BUT. . .Mixed in with that fantastic art, often on the same page, are what look like unfinished pencil sketches that give the whole comic a disorganized look.
Overall, this whole comic is an exercise in contradiction.  Good mixes freely with bad on almost every page.  I don't think I can recommend this to anyone but the most devoted fan of vampire stories, and even then I warn that there is no follow up to what's here.  This strange introduction is it.
As for anyone else, the cover is definitely worth a buck if you spot it in a bargain bin.  There's also some curiosity value that comes from seeing aliens suddenly appear in a Middle Ages vampire story.
Up Next. . .
That's it for this year's Longbox Junk Halloween fun!  So it's back to business as usual. I'm not sure exactly what will be next. . .so much junk to choose from.
Be there or be square!