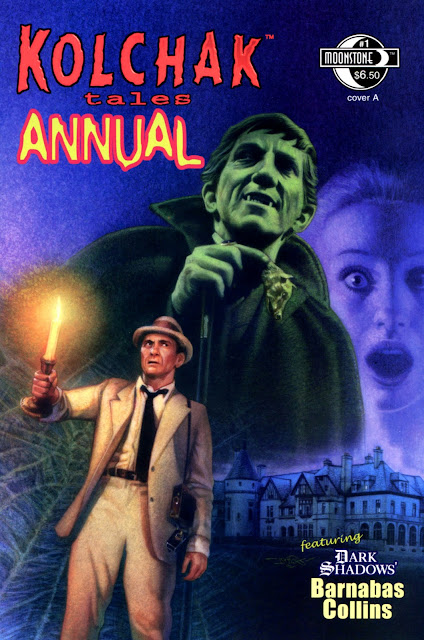 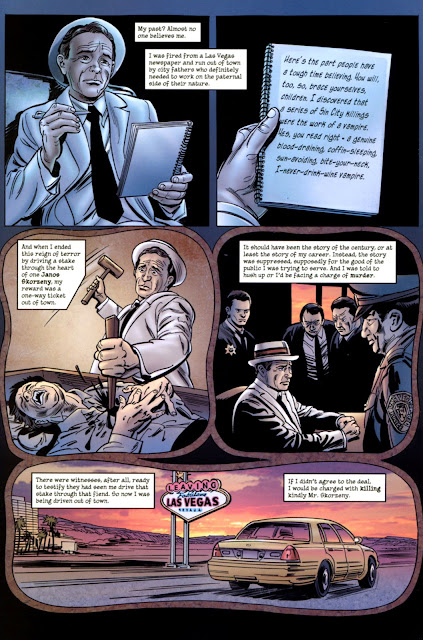 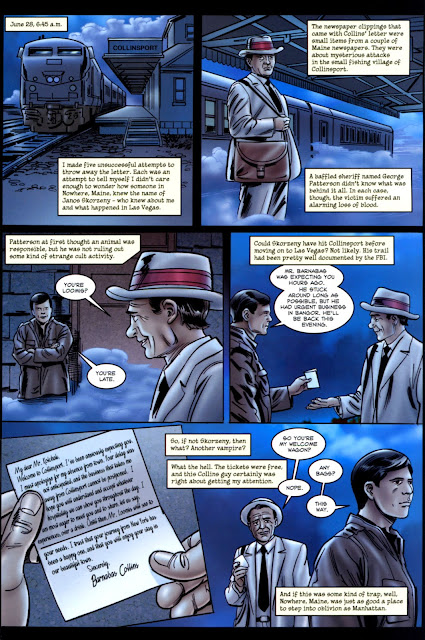 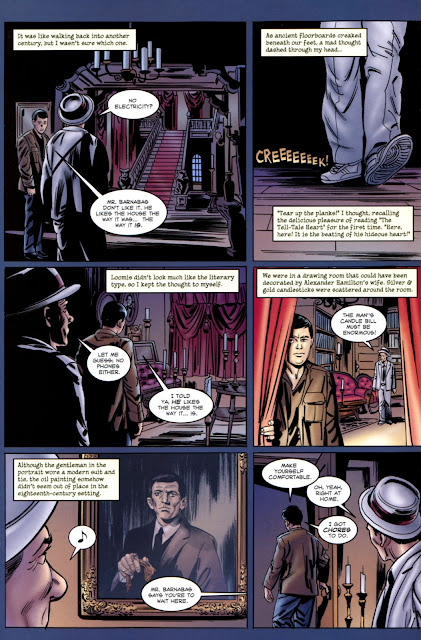 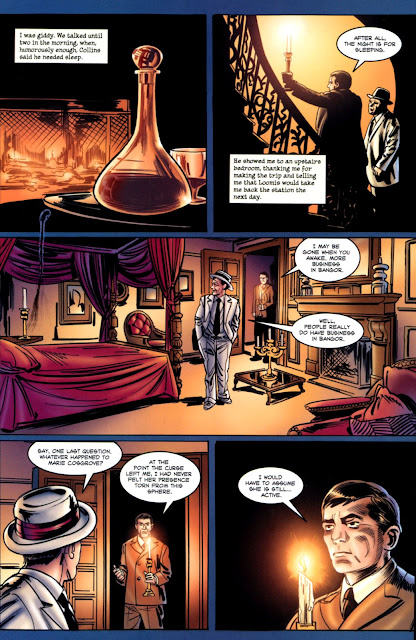 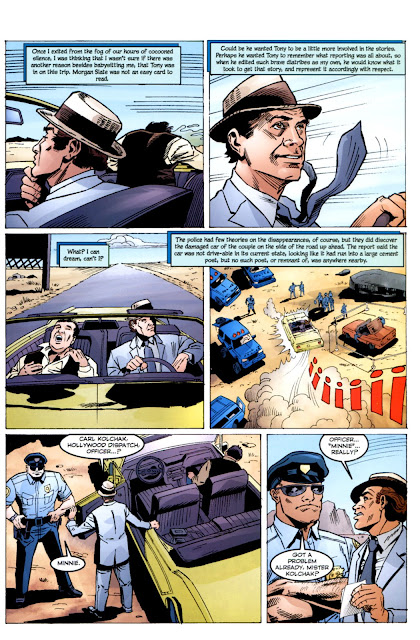 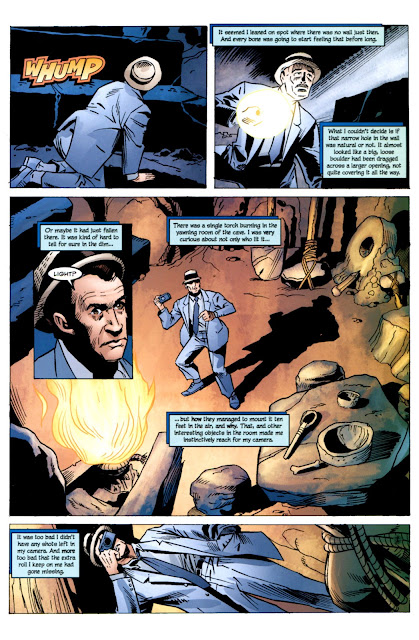 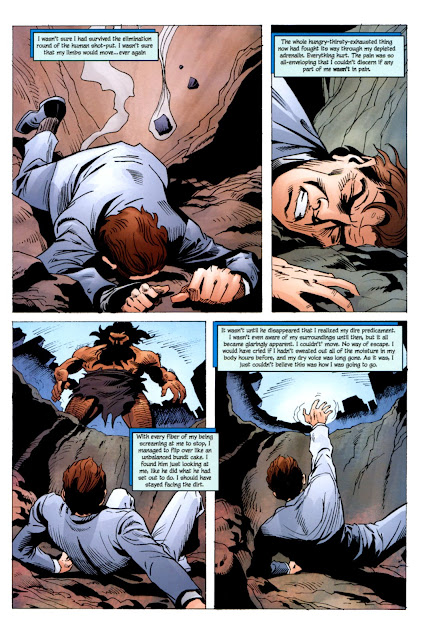 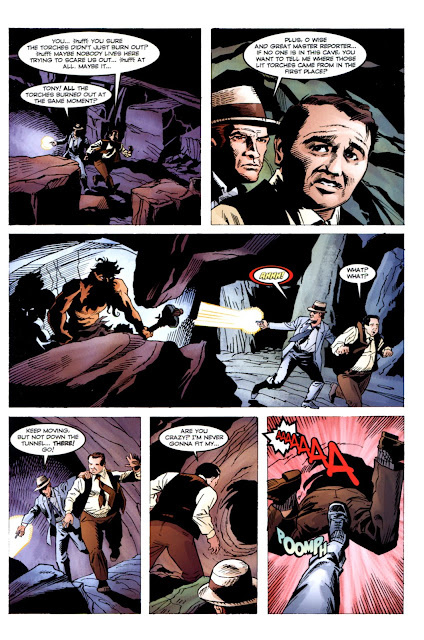 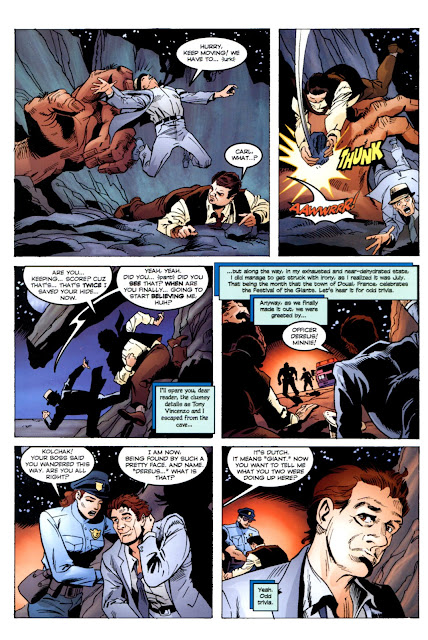 The cover price on this comic is $6.50.  That's about six bucks too much.  Okay. . .I have to admit the cover is worth the dollar I paid for this, but the rest of it feels like pure money grubbin'.
The first story is a "Crossover" barely worthy of the name.  The second story is practically unreadable and is basically page count padding.  The whole thing reeks of minimum effort for maximum money.
Unless you are a rabid fan of Kolchak or Dark Shadows that simply MUST have everything to do with one or both properties, do yourself a favor and steer clear of this one.  It's a major disappointment.
Up Next. . .
MORE Longbox Junk Halloween fun!
Be there or be square.