Longbox Junk Halloween Friday The 13th: The Abuser And Abused

Sad to say, but the Longbox Junk Halloween Party is ALMOST over.

That's a decent batch of Halloween horror comics right there.

THE ABUSER AND ABUSED 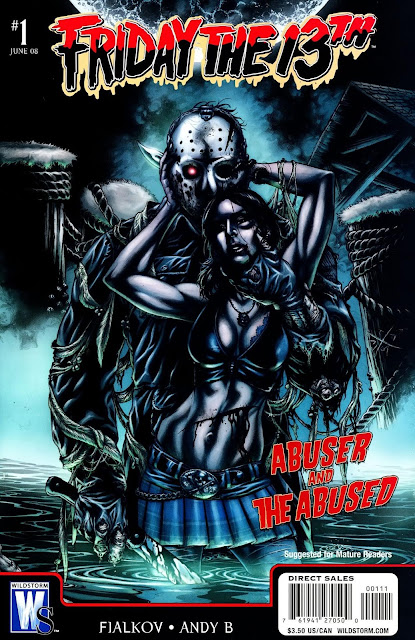 Maggie is a high school girl with a rough life.  She's got abusive, alcoholic parents. She's bullied at school. She has a boyfriend who regularly beats her. 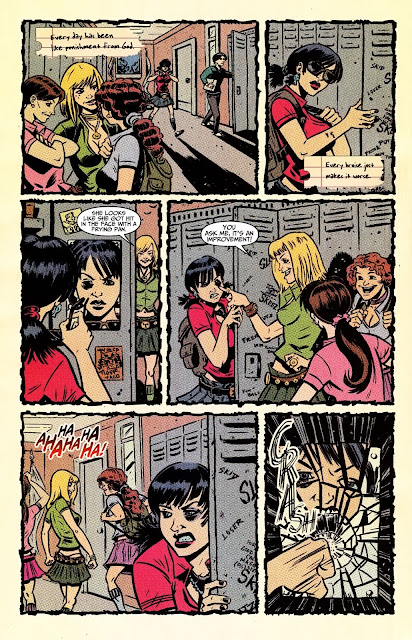 She's seen school counselors, psychiatrists, and even a priest, but nobody seems to be able to help her. 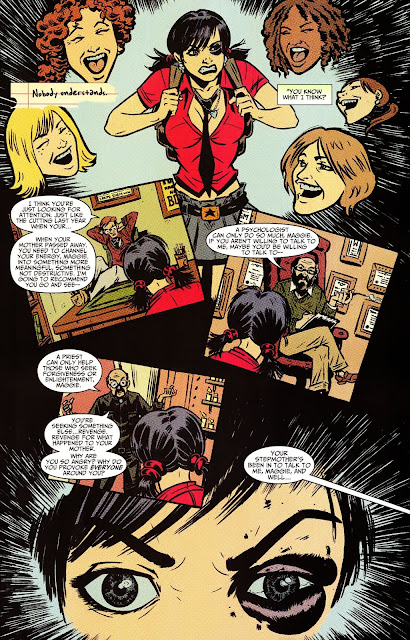 But then one day after a particularly brutal beating from her boyfriend Maggie snaps, goes a little insane,  and decides that the only way she's going to solve her problems is to solve them herself.

She lives in a town nearby the legendary Camp Crystal Lake, and everybody knows the story of the mysterious serial killer, Jason Voorhees.  Maggie decides to use the local legends to her advantage.  That night, she kills her parents and calls her boyfriend for a midnight makeout session at Camp Crystal Lake, or as the locals call it. . .Camp Blood. 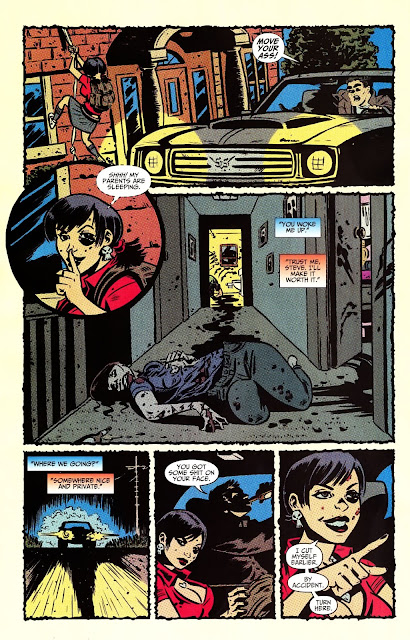 At Crystal Lake, Maggie stabs her unsuspecting boyfriend, but as she gleefully tortures him, guess who shows up to interrupt her murder party. . .none other than the legendary killer, Jason Voorhees! 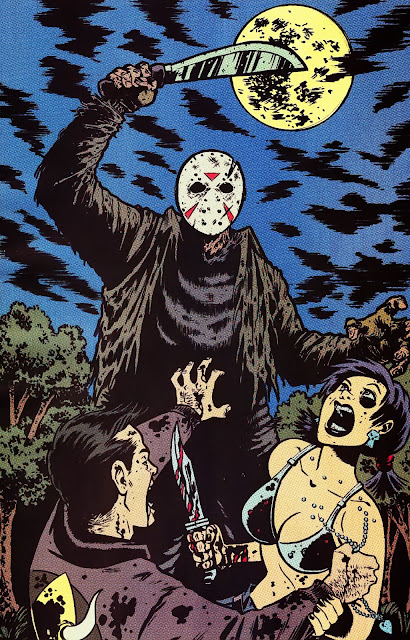 Instead of being terrified by the sudden appearance of Jason, Maggie gets extremely mad when he brutally finishes off her boyfriend. . .screaming at Jason that he was HERS to kill.  Maggie and Jason engage in an epic battle with blood flying everywhere as they hack at each other, finally ending with a massive explosion as Maggie sets her boyfriend's car on fire. 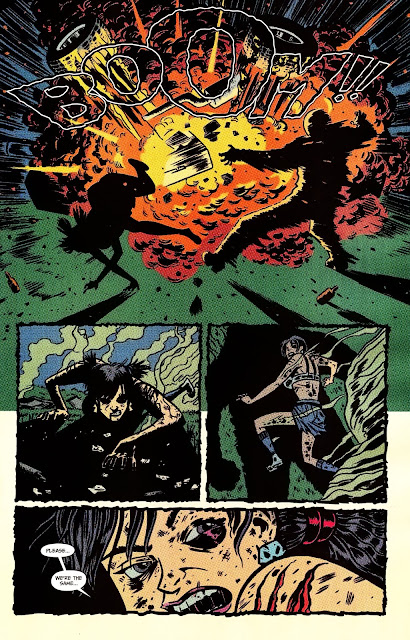 Both Maggie and Jason barely survive the explosion.  Maggie decides to try and reason with Jason, telling him that she's a monster like him. . .that she was made into a monster the same way he was, and that Jason inspired her to let the monster inside her out. 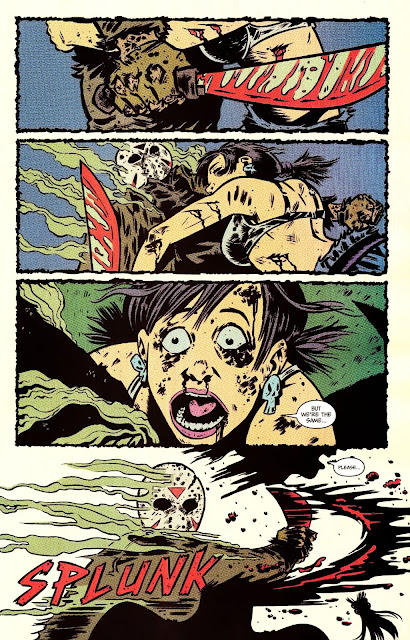 Jason hesitates and allows Maggie to embrace him, but then to her horror he chops her head off.  As Jason silently drags Maggie's headless body into the woods, it's pretty clear that there can only be ONE monster at Camp Blood.

Well. . .that was actually better than I thought it would be.

It's an extremely short and quick read, thanks to the oversized panels of art, but I really liked the idea of someone being driven to think they're a monster and then discovering what a real monster is.  I liked that Jason didn't show up until the end of the story and this was mostly focused on Maggie's descent into insanity.  Without Jason showing up, Maggie might well have proven to be the monster she thought she was.

The art on this story REALLY caught my eye with the excellent throwback style, strong inking, great colors, and unusual panel borders and shapes.  It's a really unique style and even though I've never heard of this artist, I'm definitely going to be on the lookout for more of his work .

I was surprised to find myself liking this as much as I did.  It's not a long story, and it's definitely NOT a story for kids. . .There's a hefty helping of sexual innuendo, barely-contained , foul language and buckets of blood packed into this single issue. . .adults only on this one.  The story, short as it is, is an interesting character study on the nature of human monsters.

The art on this comic is simply outstanding in my opinion.  It has a great throwback style that was really unexpected and eye-catching.  I wouldn't have thought that a golden age homage style would fit a story like this, but it somehow manages to in a big way.

Overall, this is a very short, very fast read with an interesting premise and great art.  It's an unexpected little gold nugget of Longbox Junk.  Pick it up for the art alone if you can find it.

October ain't over until it's over.