I have to admit that I'm not very familiar at all with Star Spangled War Stories.  What I DO know about it is from later issues featuring The Unknown Soldier, which is a great character. . .but really, as far as war comics go, I've always been more of a Sgt. Rock and Weird War Tales kind of guy.

I found this issue at a flea market last year in pretty good condition for the measly five bucks I paid for it, and it's been sitting lonely and unread in a longbox ever since. . .the only pre-1974 issue of this title in my collection.
BUT. . .
Since "Longbox Junk" is all about reviewing comics that have probably never been reviewed before, and these "Retro Reviews" are about taking a look at some of the older comics in my collection, I decided to crack the plastic on this lonely outcast and see what's going on under the cover.
Let's do this! 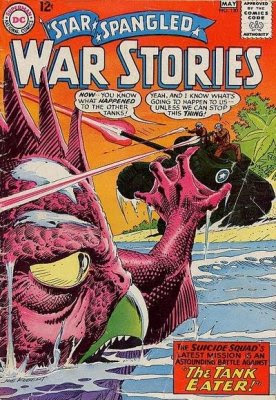